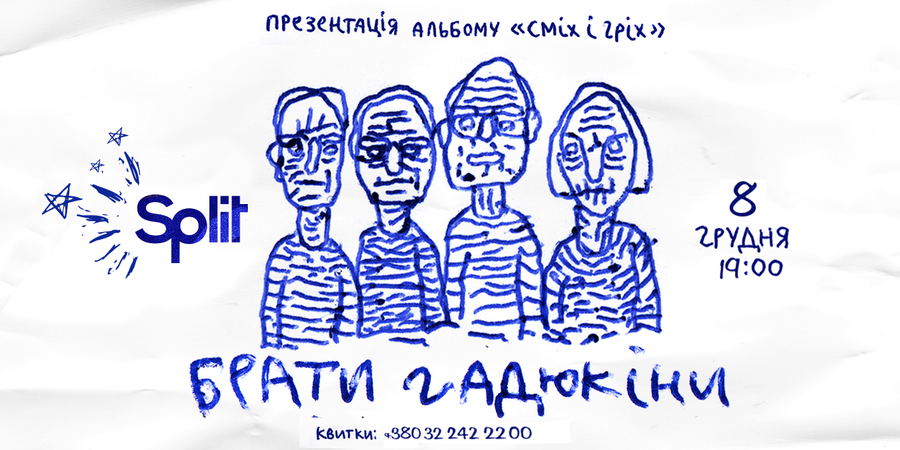 Braty Gadiukiny matured. Their new album will allow you to see present day’s events through the eyes of noble rowdies. You will see the world, which we create by ourselves. Numerous characters, numerous thoughts and stories – we will get to the bottom of this at the presentation.
Band participants disclosed their thoughts on the new album:
Ihor Melnychuk:
“What can I say? Just listen to it. Short stories about big Love. To you.”

Pavlo Krakhmalyov:
“Imagine, that Smikh (laugh) and Grikh (sin) – is a couple. They are all the time together and are doing everything together, and then they give birth to their children – born in sin, but funny (and smart as they are hoping for). All in all, they have interesting and diverse life! The same, as we have.”

Mykhailo Lundin:
“True-life, mature album of adult men. It conforms fully to its title. The album was recorded in the great music recording studio, with new sound and entirely different technique of sound.” 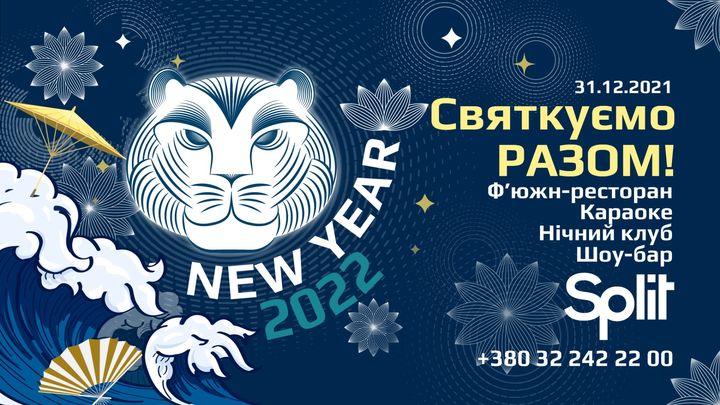