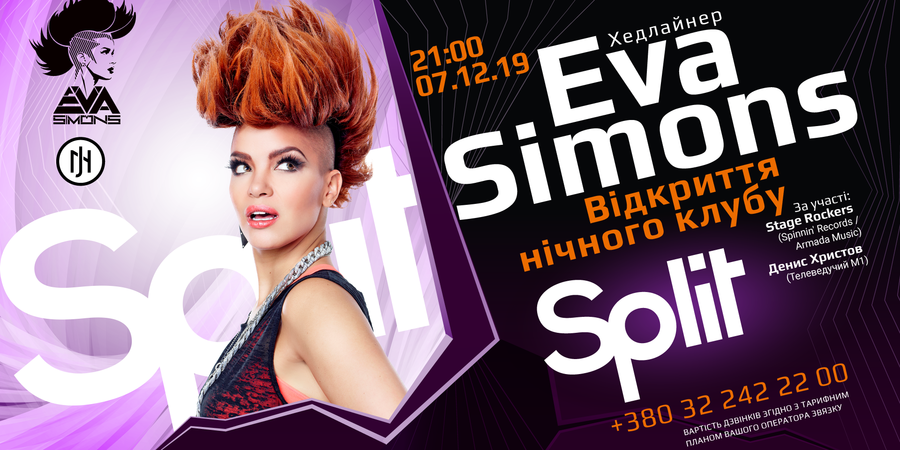 This singer became popular thanks to her single Silly Boy, which was liked by more than 45 million fans. Her next hit Take Over Control has been among Billboard leaders for 6 weeks. During the night Eva Simons will light up the dance floor with her new popular hits.

And we’ve got even more surprises for you!

Meet Stage Rockers! This electronic duet is composed of sound producers Gennadii Vlasenko and Ivan Zaikin. After the release of I'm Waiting, STAGE ROCKERS became famous not only in Ukraine, but abroad. As for now, the band releases its tracks under following top-labels: SLEAZY G, LOU LOU RECORDS, SPIRIT SOUL RECORDS and prepares material for American MTV.

Don’t miss an opportunity to have a good time to the sound of popular tracks and to celebrate the grand opening of the night club with us!

What does the New Year's Eve hold for celebration of our guests?